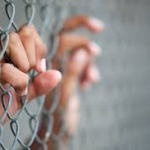 In Australia anybody or persons under the age of 18 cannot be tried or sentenced to any form of imprisonment by the standard legal system such as the magistrates Court. If a person under the age of 18 has committed some kind of crime or offence they must be dealt with in the children’s Court. If a person under the age of 18 is found guilty of an offence that carries some form of prison sentence, they will be mandatorily sent to a youth detention centre. If a minor sentenced to a period of detention that overlaps them turning 18 day will carry out the remainder of their sentence in an adult prison facility.

Any decision by a Children’s Court on what to do with a young person found guilty of an offence is limited by the sentencing options which are available to the court. Sentencing hierarchies have been established in most legislation, setting out the available penalties in order of severity with the aim of promoting the use of non-custodial options and to reinforce the use of detention as a sentence of last resort. Sentencing juveniles

As you can see from the information  above  from the Australian Institute of criminology  that the purpose of  children’s Court is  to defer custodial sentences  and to reinforce detention  as part of the punishment  for committing crimes.  Of course these laws vary from state to state  and also can  vary in their severity depending on the type of crime committed.

In the case of minor crimes  often a community service order is issued  to the  offender  and they’ll have to carry out  some kind of unpaid work  usually for a charitable organisation  or with some kind of committee service work program.

There are also other state specific laws  that could include such  things as:

One of the downsides of the  juvenile  criminal justice system  is that often young people who don’t know any better  or in some form of crisis  are branded  a criminal  which can have detrimental  consequences  especially in later life. 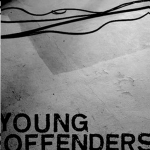 In many towns  in communities across Australia  there is a great move towards  preventing  young crime before to happens.

Disengaged youth has become a real problem and we see plenty of community centres  popping up around the place  that get young people involved in activities  after school and on the weekends  that keep them out of trouble.

Socio economic pressures on young people lead to an increase in crime and drug use.  there is also great pressure from the peer group in some cases to act out and prove yourself  to become accepted.  The combination of counselling  and social work  many disengaged youth can be turned around and start to engage in positive social activities and behaviours  and this is the intention of the court.