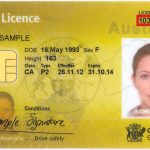 In most countries around the world including Australia, it is illegal to drive without a current driver’s licence. Driving without a current driver’s licence is on the first offence considered to be a misdemeanour, But if the offence is committed multiple times it then goes on to be considered a criminal matter. The main reason that is considered to be a criminal matter is the core then sees it as a contempt of court and disrespect of the laws of the land. Operating a motor vehicle without a driver’s licence is a dangerous and nefarious past time that not only endangers you but also members of the public. 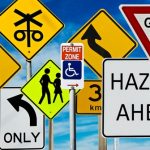 In Australia we have a points system that starts out with 12 points and is renewed every five years as a rule of thumb. Committing traffic infringements such as speeding or going through a red light will incur some kind of fine and a loss of a certain amount of points. If during the five-year period you commit enough subsequent offences you will lose all of your points rendering you unable to drive legally. You can apply to the court for special circumstances such as driving your car as part of your job which comes with restrictions usually during work hours only.

Another exception  is to make an application to the court where you drive with only one point for a period of 12 months. If you commit any other traffic offences during that time your licence will be suspended making it illegal for you to drive.

Drink-driving or driving under the influence of alcohol is a serious criminal offence. The legal limit for driving on the roads in Australia is 0.05. Police will often set up random breath testing units in order to catch drink drivers and charge them with the offence of driving whilst under the influence of alcohol. Upon blowing a positive breath test that is over the legal limit your licence will be immediately suspended until you go to court and have the matter dealt with by a magistrate. Repeat instances of drink-driving is a very serious matter and carries stiff penalties of up to 5 years imprisonment.

Once you have been tested positive for ethanol in your breath, you will be escorted to the police station where they will do a further breath test and analysis to determine whether or not the blood alcohol content is increasing or reducing. The reason this is done is if you have just had a drink your breath test could give a false positive as there is a higher concentration of alcohol in your mouth. 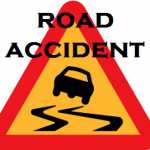 If you are involved in a motor vehicle accident you are required by law to report it to the police if the damage is deemed to be over $500. If both parties agree that the damage is under $500 the police need not get involved. If there is some kind of dispute as to who is at fault in the accident and it is a good idea to call the police and they will determine from the evidence at the scene who is at fault. It is also a legal requirement to call the police if somebody has been injured as this makes the matter much more serious and the incident could end up in court with serious legal ramifications.

If the police glean from the evidence at the scene, that there has been some form of reckless driving involved in the incident then the driver could also be charged with reckless driving and have to face court.