In Trouble With The Law

You don't have to be in trouble with the Law to need a Lawyer. For example if you are injured in a public place or are involved in a motor vehicle accident, you may require the services of an expert Personal injury lawyer. If you do find yourself in some kind of trouble with the Law, you will have to make a choice on what kind of representation you will need. You may also require a personal injury lawyer if you have suffered workplace injury.

Legal Aid is set up by the Australian Government to assist those who cannot afford private representation.
Many solicitors will finish off their law degree by working in the public system for several years in order to gain experience. It is also a requirement of some law professions to accrue several years in Legal Aid as part of their training.

Private Law Firms are usually headed by senior partners whom have had years of practice in litigation and representation. Some Law firms are dedicated to specific branches of the law such as corporate, business, contract or criminal law.
This kind of representation is expensive, although some law firms will handle you case on a "No Win-No Fee" basis.

Do I even need a lawyer?

So you find yourself in some kind of trouble or an incident has happened in your life where you might consider that you may need to help of a lawyer or a solicitor.  this could be something as simple as a traffic infringement  which you want to dispute or it could be something more  sinister where you have actually committed a crime that carries a possible jail sentence.  Misdemeanours  or crimes that don’t carry  any kind of punishment that involves going to prison  can usually  be dealt with by yourself  by either paying the fine or  representing yourself  in the local magistrates Court.  On the other hand if you have committed  some kind of serious crime which carries a possible prison sentence,  you will be obliged by the courts to get some kind of legal representation. 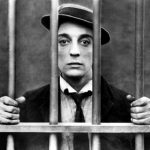 If you have committed some kind of crime  that is considered a criminal matter,  you will definitely need to seek the services  of a criminal lawyer.  If you are unable to raise the finances to hire a criminal lawyer  the government or the legal aid commission  will assign a public attorney to your case.  Something to consider  when using a court appointed  Solicitor  is that they often have a very heavy workload  and won’t be able to  give you the attention  that a private lawyer  will normally be able to give to your case.  This is not to say  that public attorneys  aren’t good at their job, as many public defenders are extremely good  and passionate about their work.

Civil matters are usually  court cases that involve  some kind of dispute between two parties  or a member of the general public.  For example  a homeowner  may be involved  in a dispute with one of his neighbours regarding  the removal of the tree that is  dropping leaves and/or deemed to be dangerous  by the  party involved and could lead to a personal injury.  In this case a matter would be lodged with the  local Court and dealt with  by the presiding Magistrate  in order to come to some kind of agreement for both parties  and in some case may even require recompense.  This is where the law can become very complicated and the presiding judge  will often rely on a section of the Law call precedence  where he will look at previous  cases and make some kind of ruling  based on similar cases  and their outcomes in the past.

When the matter is presented before the court and the defendant could  served more than two years  in prison,  the matter must be referred to the district Court where the presiding judge  has the power  to hand out  much more stiffer penalties.  Most cases that are heard in the district Court  will be defended by  a more senior legal professional  such as a barrister  or a Queen’s Counsel.

When these types of legal professionals are required by the defendant  the expenses related to the court  case  and all of the costs incurred  by the court case  can be an exceptional burden  upon the defendant.  Legal aid can also supply a barrister  to a low income earner  if the courts so require that this level  of representation is required.  Upon  a ruling or judgement  being made at  on the case   the defendant will not be liable for any costs to the court  if he is found  not guilty.

In Australia  we practice what is known as  the Westminster system of justice  where the burden of proof  is upon the defendant.  In other words  you are innocent until proven guilty.

Where does the presumption of innocence come from?

Australia is a party to seven core international human rights treaties. The presumption of innocence is contained in article 14(2) of the International Covenant on Civil and Political Rights (ICCPR). 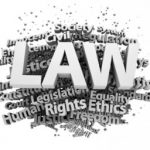 Before commencing with any type of  court case scenario or  possible legal action,  it is advisable to seek some kind of advice of a professional third-party  as to whether or not you actually need legal representation  in order to  have a successful outcome  of your court case.  Legal aid often offers free advice or you can actually call them on the phone  and talk to somebody about your case  and make an appropriate decision  as to whether or not you actually need a lawyer or advice to sign a contract.